An highly experimental short-film project that I’ve been working on, inspired by this website. Except for handy found objects, all of the costumes, props, and stuff will be designed by me and papercrafted or 3D-printed, with the templates, patterns, and .STLs put up as downloadable products. Unlike Project Folly, this is a one-man production starring me in all rolls, including camera, in front of a blue-screen. How? Pure, concentrated hutzpa. Never underestimate the power of hutzpa.

This story is about an Icarus and her muse. Is he an apparition, or just a trick of flickering light putting voices into her head? An alchemist who would be Icarus toils at her desk in the middle of the night. Even a hurricane cannot disturb her. Her dream will not elude her this time. 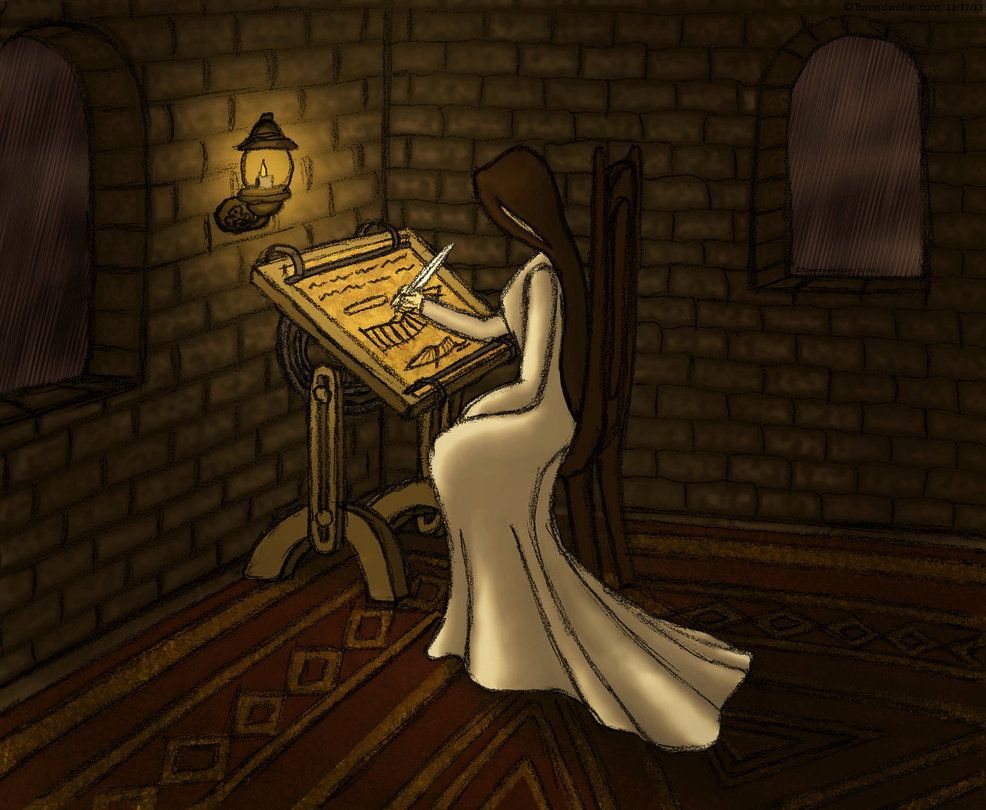